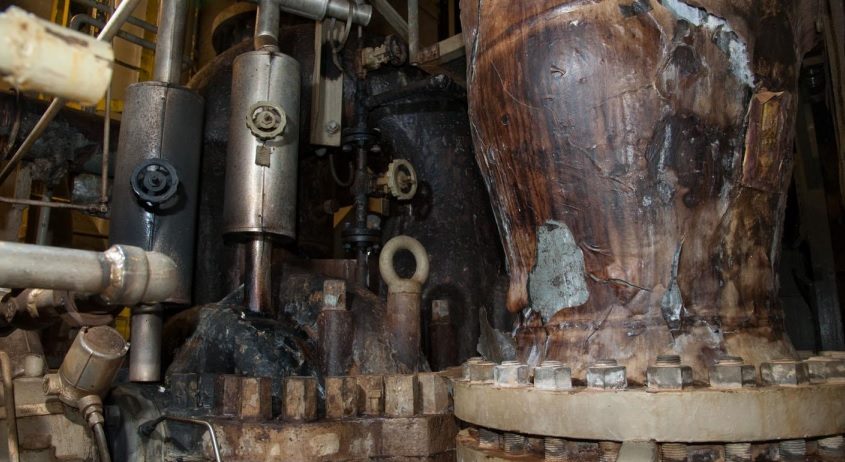 A dredger was on site and in the process of dredging when the engineer of the watch (EOW) smelt diesel oil in the engine room. He found a small leak in the low-pressure diesel oil supply line to the main engine. Physical evidence indicates that he was attempting to make a temporary repair while the main engine remained running, without informing the bridge team or the chief engineer.

It would appear that during the repair process the engineer’s overalls became soaked in fuel. When he subsequently used a portable angle grinder, sparks from the grinding disc probably ignited the atomized fuel from the leak as well as his diesel soaked clothing. This resulted in his overalls catching fire and igniting a ­fire in the engine room. The EOW was nonetheless able to exit the engine room and reach medical assistance.

The ­fire in the engine room was extinguished using the ­fixed CO2 smothering system. The EOW’s burns were so severe that he ultimately succumbed and was later pronounced dead.